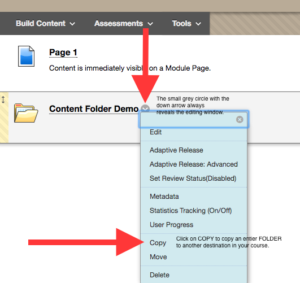 I was at the Faculty of Education awards ceremony in February when Bernie asked me to help him design a hybrid graduate seminar. He had taught the course several times, but wasn’t sure how to revise it so that half of the classes would take place online. Bernie knew that I had some experience with such things and he wondered if I could help him out. He had won a little money from the University to hire a tutor, so it would be like a consulting contract, really.

To be honest, I paused to consider how I would find the time. There were articles to write, a tenure file to build, and I really, really needed a rest. Eight years of no-holiday life as doctoral student, instructor, graduate program coordinator, mother of two young children and now, new assistant professor, were catching up to me. And yet, something in my exchange with Bernie told me that I should find the time somehow.

I had met Bernie a few times at meetings and knew that he was a well respected musician, music educator and scholar in the Faculty of Education. Rumour had it that he was also the most successful grant writer in the Faculty. I also knew he was a committed teacher — though a Full Professor, he was teaching in the summer? And he was seeking support to make the course the best it could be? I figured I would learn a few things simply by being in his presence.

I showed up to Bernie’s office on a Tuesday afternoon. Whereas my office is a jumbled mess of journal articles, travel receipts, unpacked boxes and diplomas on the floor, still taped up with bubble wrap, Bernie’s office is tidy and comfortable. He has a lovely table for meetings at center and a throw rug on the floor. His degrees are curated on the wall above the door. The iconic image of the Beatles walking across Abbey Road hangs between French and English versions of a resource that he created to help music educators.

I realized quickly that Bernie would teach me more than I would teach him. And he did. Our discussions of hybrid course design were balanced with collegial mentorship. One day, he told me that it took him 14 tries to get a major grant; another one took 10 tries. The name this academic game, he said, is perseverance. You just have to take every piece of advice that people give you on your reviews and use it to improve your next application. His transparency about his own process allowed me to feel like maybe I could be successful too. I mean, if the “magic recipe” is just hard work – well, that I can do.

I also appreciated the pace with which he approached his work. Methodical. One thing at a time. I admired the way that he worked doggedly to complete the tasks that he set for himself each week. It took him 6 tries to create an introductory video he liked. It took him a few hours of time to create a dossier of exemplars for students to download. He made Sign-Up Genius forms for activities in his class and learned to find, copy and insert YouTube Video embed code. Usually, I’m trying to do several things at once, always splitting my attention. In this project, I didn’t see evidence of Bernie’s workflow being chaotic, like mine. As a result, I’m trying to just be in the moment. Focus on the single task at hand and work more methodically in pursuit of particular goals.

Over a series of 11 sessions, mostly on Tuesdays, Bernie had created a hybrid course for his students that included a range of dynamic features. We covered a lot of content about how to create a hybrid course design in BlackBoard Learn. This document summarizes the work we did together on his course, but it certainly doesn’t represent the genuine mentorship I received as Bernie’s tutor, myself. I’m glad I made the time for this.